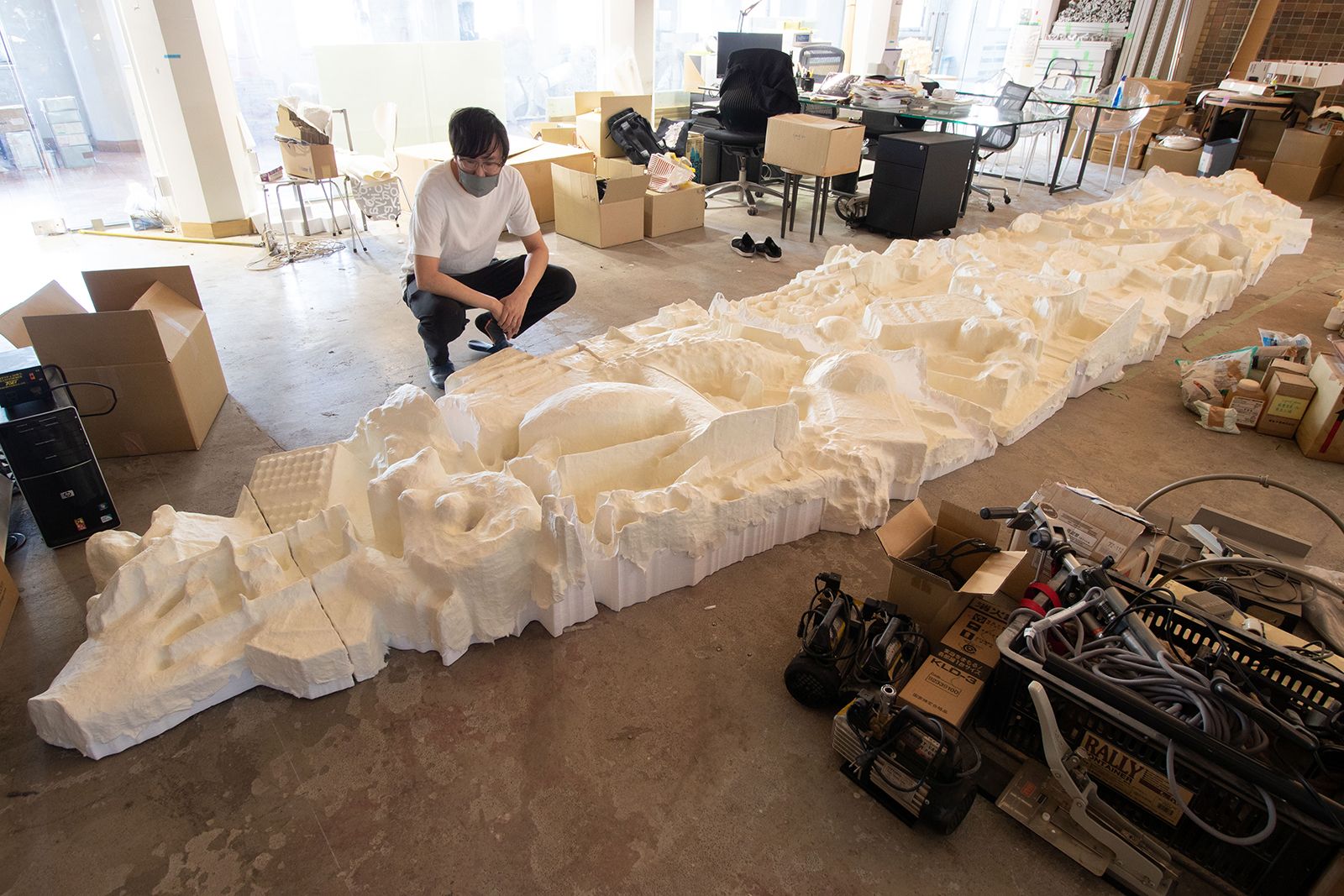 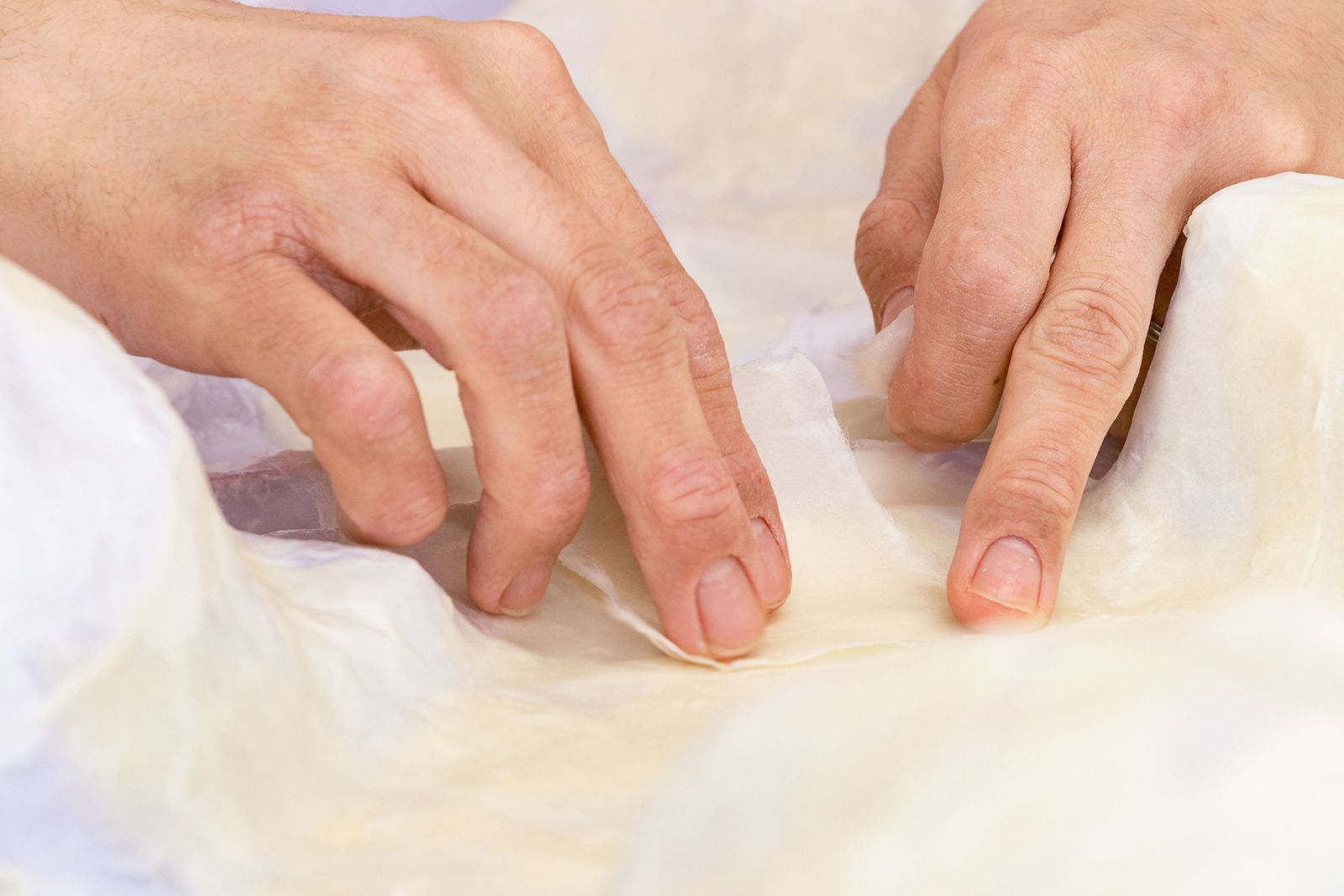 In November 2020, during the Covid lockdown, students from Interiors Platforms Reuse and Urbanism spent a week working with Japanese architect Toshiki Hirano and curator Clare Farrow to gather images, objects and sounds for the Japan Pavilion at London Design Biennale (1-27 June 2021).

Reinventing Texture is an immersive, interactive design and sound installation made up of traditional and modern urban textures, objects and sounds in the cities of Tokyo and London. The 8-metre-long relief is a collection of photogrammetry scanned elements from the cities of Tokyo and London, digitally and manually fabricated using CNC milling and papier-mâché technique with Japanese Washi paper.

The workshop began with an introduction by Toshiki to set the installation within the context of his interest in the urban writings of Walter Benjamin, and the practice of ‘urban frottage’ (making rubbings), developed in the 1970s by artist Tomoharu Makabe, founder of the Lost Items Research Institute. In the spirit of Makabe, students ventured out into locked-down London to make similar rubbings of the city, using pencil and paper to document the texture of objects and surfaces.

Reinventing Texture updated the practice by using 3D software to convert smartphone photographs into objects that could be converted into a CNC milled polystyrene mould. While Toshiki gathered objects from Tokyo, the students photographed objects in London ranging from iconic red post boxes to boxes of fruit and a display of trainers, and then converted them into 3DF Zephyr files. The miscellaneous items were collaged together by Toshiki, pairing similar but different objects and textures from the two cities.

Later in the week, DJ and sound artist Nick Luscombe, founder of MSCTY Studio, joined the workshop to discuss the role of sound in the urban environment. Then using a handheld microphone the students ventured into the city to record a variety of sounds including bird song, ‘mind the gap’ recordings and sirens. The recordings were uploaded and shared with Nick, who created a soundscape to accompany the installation within the Japan Pavilion.

By linking students and designers in London and Tokyo, Reinventing Texture turned into a pavilion of friendship and shared innovation between Japan and the UK, at a time when travel has been restricted and physical barriers reinforced. Curator of the pavilion, Clare Farrow says: ‘a homage to the ancient Japanese art of Washi paper-making and papier-mâché, the installation celebrates texture without touch, and is a poem to the two cities and the spirit of invention in Japan that still resonates with its history.’ 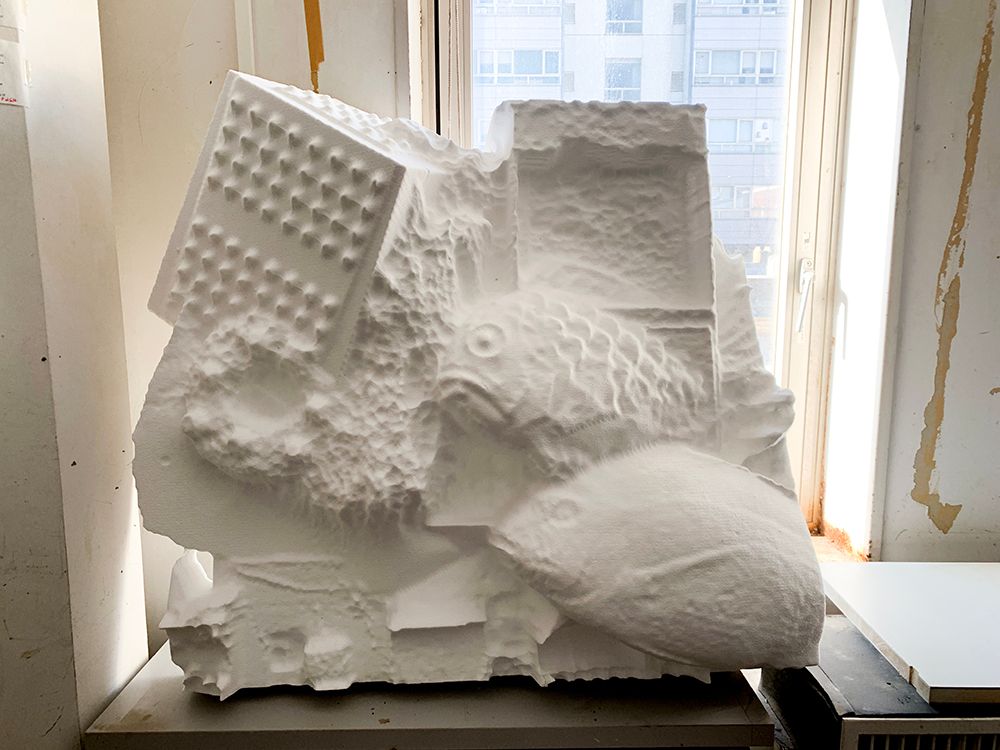 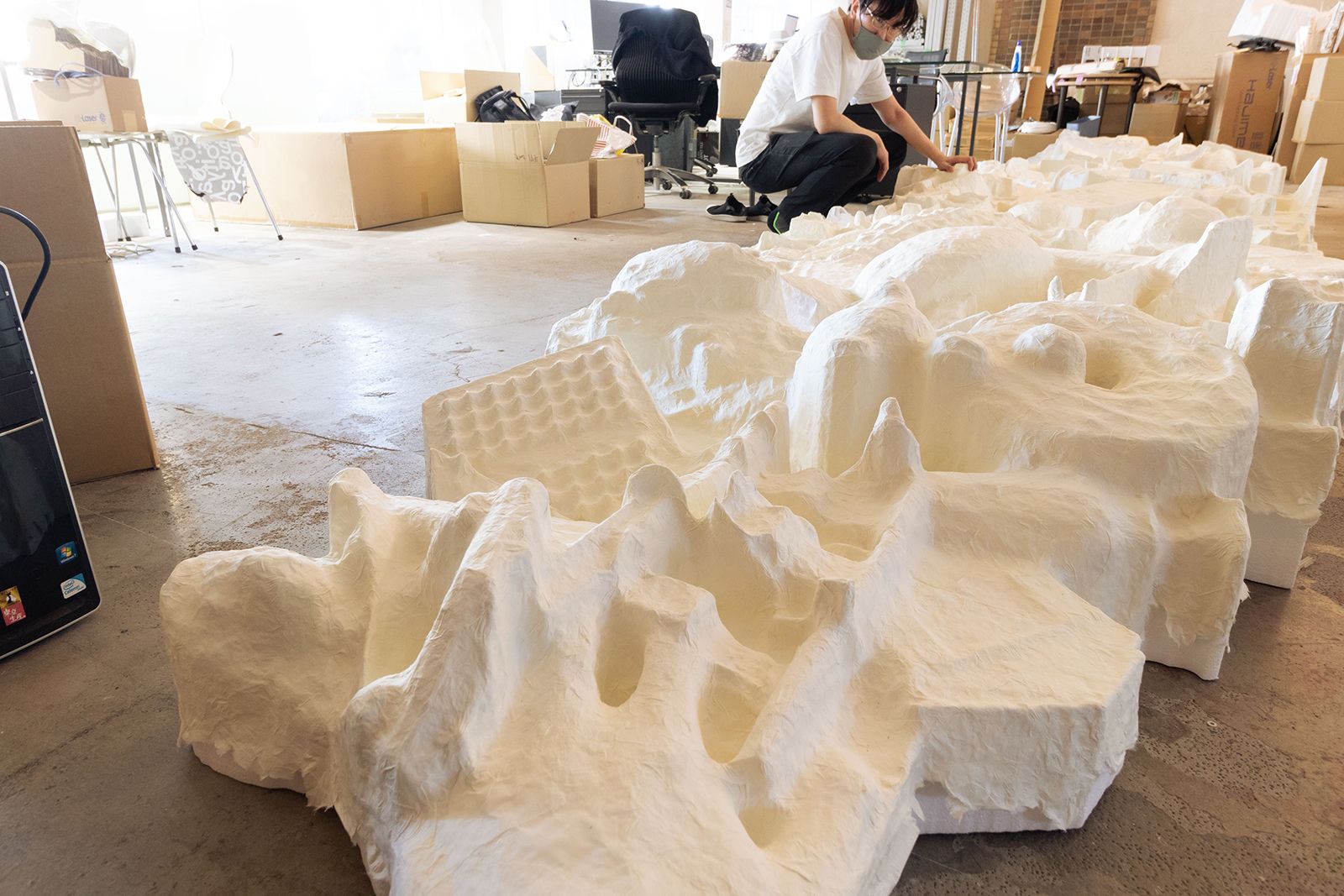